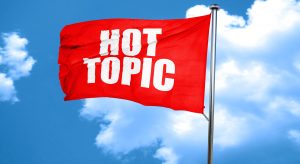 Sentara Hospital was fined for incorrectly reporting the HIPAA breach. It reported that eight patients had been affected in a data breach. Sentara said that it had improperly sent a bill to a patient containing another patient’s protected health information. The OCR determined that Sentara had mailed 577 patients’ information to wrong addresses.

The plaintiffs, including the nonprofit American Hospital Association (AHA), are looking to block the rule issued last month that mandates hospitals to publish pricing information of their services on the internet.

98% of some 34,000 local governments agreed to be bound by a class action against companies such as drug distributor McKesson Corp, drugmaker Johnson & Johnson and pharmacy chain Walgreens Boots Alliance Inc. However, the 541 local governments opted out.

Numerous privacy incidents at hospitals, IT suppliers and other healthcare organizations captured public attention last month. While some security incidents only affected less than 1 percent of membership populations, others were said to have affected more than 40,000.

The state agency that administers Medicaid to Texans filed a lawsuit to keep tens of millions of dollars in payments the federal government argues it is owed.